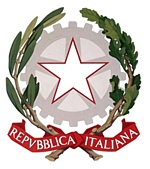 An emblem for the Republic

On the 5th of May 1948 the republican Italy was awarded its emblem at the end of a creative process that had required 24 months, two public competitions and a total of 800 sketches submitted by roughly 500 citizens, artists or amateurs.

The process began in October 1946, when the government led by Alcide De Gasperi set up an ad hoc Commission chaired by Ivanoe Bonomi which projected the future emblem as the fruit of a concerted effort that was to be as broad as possible. To this end, it was decided to announce a public competition open to all citizens, based only on a few elements: the absolute exclusion of symbols of the party, the inclusion of the star of Italy and “drawing inspiration from the essence of the land and of the municipalities”. The first five classified would win a prize of 10,000 Lire (now approximately €260).

The emblem of the Italian Republic is characterised by three elements: the star, the cog-wheel, and olive and oak branches.

The olive branch symbolises the nation’s will for peace, embracing both internal concord and international brotherhood.

The oak branch that rims the right-hand-side of the emblem embodies the strength and the dignity of the Italian people. Moreover, both plants are among the most typical of Italy’s forest species.

The steel cog-wheel symbolises work and represents the first article of the Constitutional Charter: “Italy is a Democratic Republic, founded on work”.

The star is one of the most ancient emblems of Italian iconography and it has always been associated with the personification of Italy, crowning its head with its bright shine. This was how it was represented in the iconography of the Risorgimento and in the coat of arms of the Kingdom of Italy (the so-called “big star”). The star later characterised the first republican decoration during the reconstruction: the Star of Italian Solidarity, a decoration awarded to Italian military expatriates who made an outstanding contribution to the reconstruction of Italy after World War II.

The competition received 341 applications with 637 drawings in black and white. The five winners were asked to draw new sketches, this time on a well-defined theme chosen by the Commission: “a towered encircling wall shaped like a crown”, enclosed within a wreath made of the branches of Italian tree species. On the bottom, a representation of the sea; on the top, the Star of Italy in gold; lastly, the words UNITY and LIBERTY.

The winning sketch was by Paolo Paschetto, who was awarded another 50,000 Lire and was designated to draw the final sketch, which the Commission submitted to the Government for approval and displayed together with the sketches of the other finalists in an exhibition held in Via Margutta. It was in February 1947: the issue of the emblem was thought to be over and done with but instead would be late in coming to a solution.

However, the emblem submitted was not widely liked and was defined by some a “tub”. A second Commission was therefore set up which announced a second competition in a radio broadcast of which, unfortunately, no record is kept. However, the analysis of several letters are conducive to thinking that the general orientation was to privilege a symbol connected to the idea of work.

This time too, the winner resulted to be Paolo Paschetto, whose sketch was touched up by some of the members of the Commission and finally submitted to the Constituent Assembly where, amidst quite a bit of controversy, it was approved in the session of the 31st of January 1948.

It was not until five months later that further bureaucratic procedures were fulfilled and the final colours decided: on the 5th of May 1948 the President of the Republic, Enrico De Nicola, signed Legislative Decree N. 535, endowing Italy with its emblem.

The author of the emblem

Paolo Paschetto was born into a Waldensian family on the 12th of February 1885 in Torre Pellice, in the province of Turin, where he died on the 9th of March 1963. Professor of ornamentation at Rome’s Institute of Fine Arts from 1914 to 1948, he was a polyvalent artist who mastered fields ranging from xylography to graphic design, from oil painting to frescoes, from religious painting to landscapes. Among his other activities, he also designed several stamps, including the “swallow” portrayed on Italy’s first emission of airmail stamps.